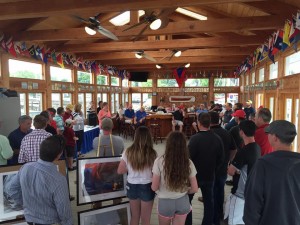 Southeastern Connecticut sailor, Bill Mortensen, of Pawcatuck, CT, led Mudhead sailors in the Hospice Regattas National Championship, from June 12-14, 2015 in the waters of Lake Ontario, hosted by Rochester Yacht Club (RYC). Mortensen is a past commodore of the Mudheads and has won multiple times in the Mudhead Benefit Cup for Center for Hospice Care. His crew included: Mark Cika, John Sicuranza and Ty Whitman.

“We won a couple of races and led a couple more but had issues with down wind boat speed, particularly on the final day. The people we raced against were great fun and it was sort of a compliment that upwind – vwhen they could – one of the two local boats made sure they covered us, “ said Mortenson. 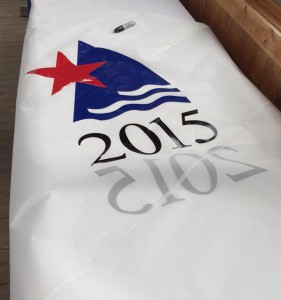 The competitors raced on Sonar sailboats in a round-robin series that maximize d time on the water for all teams over three-days of competition. The Sonar, a 23-ft. one-design keelboat, races competitively with a skipper and three crew.

The National Hospice Regatta Alliance is a non-profit, 501(c)(3) association of hospice regattas that independently raise money and awareness for hospices in their communities. It supports a rapidly expanding nationwide network of regattas that publicize hospice care — from the East to the West Coast, from the Great Lakes to Florida. NHRA is an all-volunteer organization helping hospice regattas grow and learn from each other, and promoting hospice care nationally. Since the first Hospice Regatta in 1982, more than 20,000 sailors, sponsors and volunteers have raised more than $12 million to provide hospice care to terminal patients and their families without regard for ability to pay. 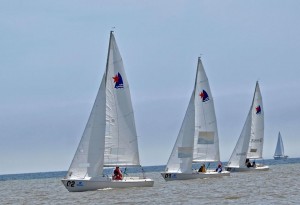 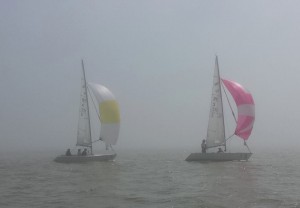 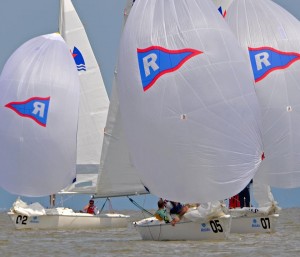