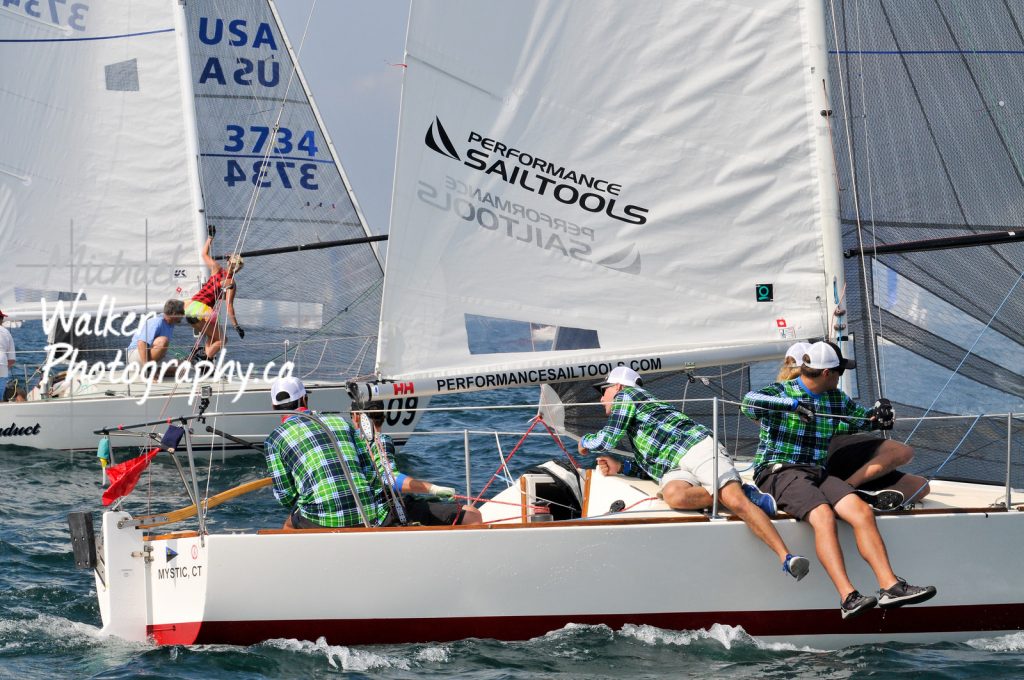 From September 15th to the 24th, we attended the 2017 J/24 World Championship in Toronto Canada as one of three US Representative Under-25 Youth Teams. It was the first time any of us had ever attended a J/24 World event, so we had our work cut out for us from the moment we got there. Attending a World Championship is unlike any regatta we’ve ever done before. The competition is the best of the best, the days are long and exhausting, and the level of boat preparation and attention to detail are on borderline OCD levels. The entire time you’re there, you can feel a buzz in the atmosphere like a live wire. Every decision you make from boat setup to the last finish of the regatta feels heavy and you always feel like you’re standing on a knife edge. 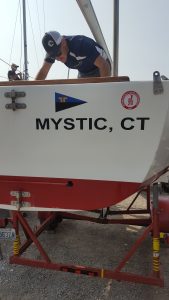 On day one, we had to go through a stringent measurement process that involved a dozen measurers poking and prodding the boat, spars, and sails to make sure everything was compliant. Before the actual inspection began, we almost failed pre-inspection when our boat scanned positive for ‘illegal metals’! We were forced to drill into the hull to prove there were no such modifications, and then we were left to repair the boat before we presented the boat for measurement. After that scare, we made it through relatively unscathed with the exception of a few small items on the rig that were corrected easily. Almost failing measurement before it even began was one of the first times I have truly felt my heart in my mouth, as I genuinely feared our three year campaign was about to come crashing down. I’m sure some of you reading understand that feeling, but for those that don’t, there is no worse feeling in the world than seeing something you have worked for years on almost get destroyed.

The day following measurement, we had an entire day to prepare and practice before the regatta, which included a practice race. This is when we finally stretched our legs and got the team in top gear. For the duration of this campaign I have been rotating crew so I could evaluate every crew member and pick the best possible squad for Worlds. I believe that was accomplished, as I feel this was the best group of young sailors I could ever ask for. 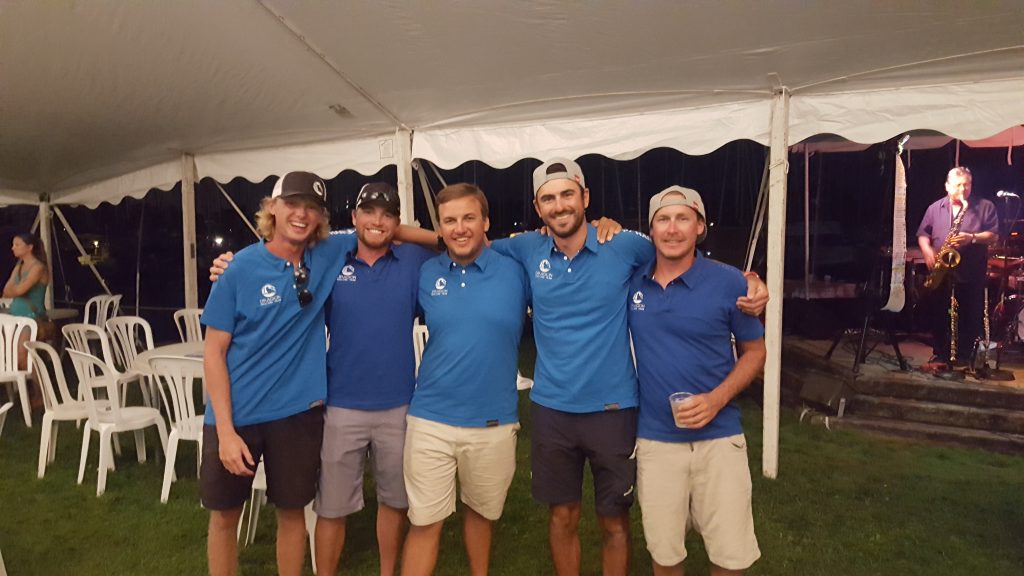 The crew we had for Worlds consisted of: Michael Booker (St. Petersburg FL, UVM 15’) as trimmer, Adam Ceely (Nantucket MA, UVM 15’) as tactician, Alex Maxwell on mast (Chester CT, URI 20’), and Chris Pearson on bow (North Kingstown RI, URI 20’). Besides myself, having the team made up of URI students and UVM alumni made sure we bonded quickly as a team, as everyone had a strong collegiate sailing background in NEISA and New England sailing in general. 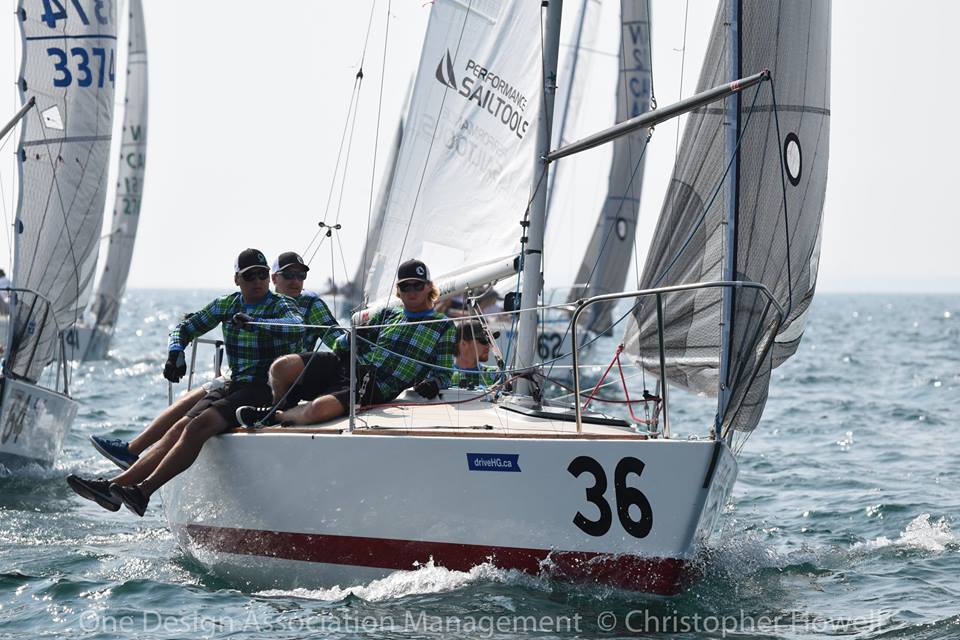 At the end of the event, Adam summed up the week perfectly by saying the sailing felt like “one long day”. Unfortunately, the entire event was sailed in light air and it never got up above 8 knots. Also unfortunate for us, the boat we used wasn’t optimized for that level of light air lake sailing, so we found ourselves struggling most of the week to get going. In fact, one look at the standings suggests that it was a tough week for almost everyone, especially considering the pros that are usually top of the leaderboard were no where near the top 10. Although we struggled with the boat all week, as a crew we sailed very well and there were virtually zero boat handling mistakes. Out of all the races we had, we only had 2 bad starts, and both of those ended up being general recalls. In fact, the highlight of the week was probably when we caught a shift right before the start and successfully port-tacked the 63 boat fleet. Our tactics were on point all week and we were never involved with any fouls or protests. If we had a better prepared boat and better boat speed, I feel we would have performed much better. 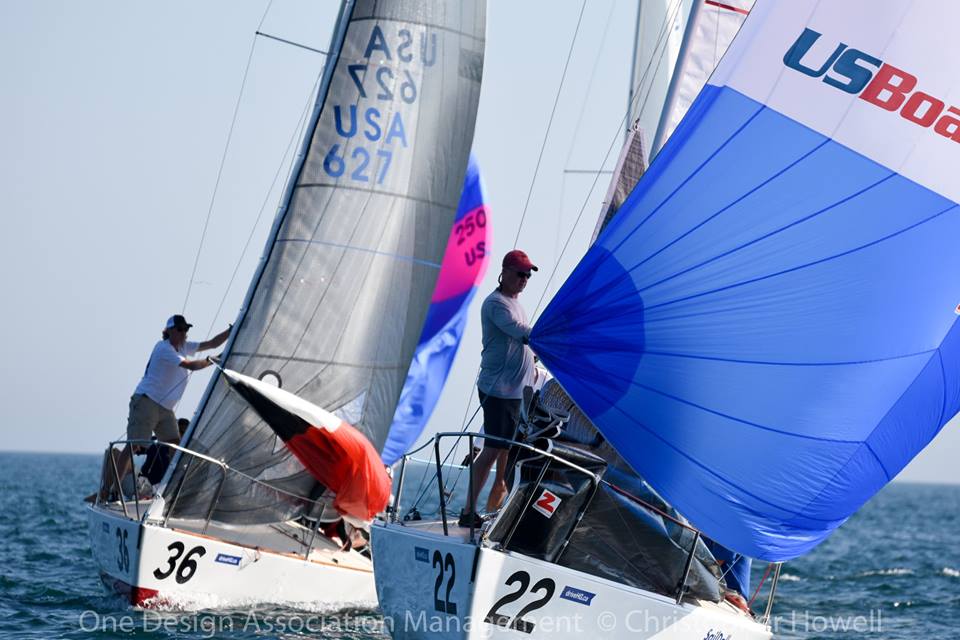 The biggest thing I learned from this event is it is impossible to over-prepare your boat. There is really no such thing as “good enough”. If you don’t take the time to do something to prepare, your opponent will. That simple fact is why I feel we suffered so badly in this event. Our starts, tactics, and boat handling were near perfect, but because we had a speed and point disadvantage from the boat, we would always get ping-ponged to the back. For instance, there were more than multiple occasions when we would generate a game plan, but then have someone execute that same plan 10 boat lengths in front of us. This caused us to go to plan B, and then C, and then D… and by the time we got to the windward mark we were in 30th! Since everyone was at such a high level and knew what the ‘right call’ was on the course, that 10% speed difference really was detrimental to us as everyone was just able to execute the right call just sheer seconds before us. 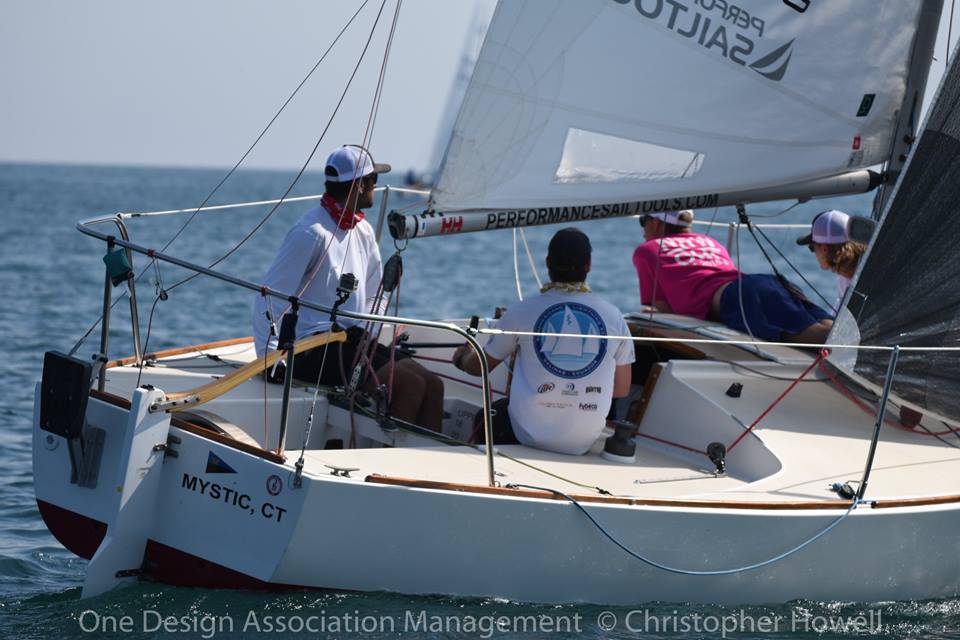 Unfortunately for us, we ended up 47th in a 63 boat fleet. This was nowhere near the result we had expected or hoped for, but the biggest take away is the experience of participating in a World Championship and the knowledge of what we need to do to be better next time. Now, I have my sights set on the 2019 J/24 Worlds in Miami Florida, and I have 2 years to fully prepare my next challenge. 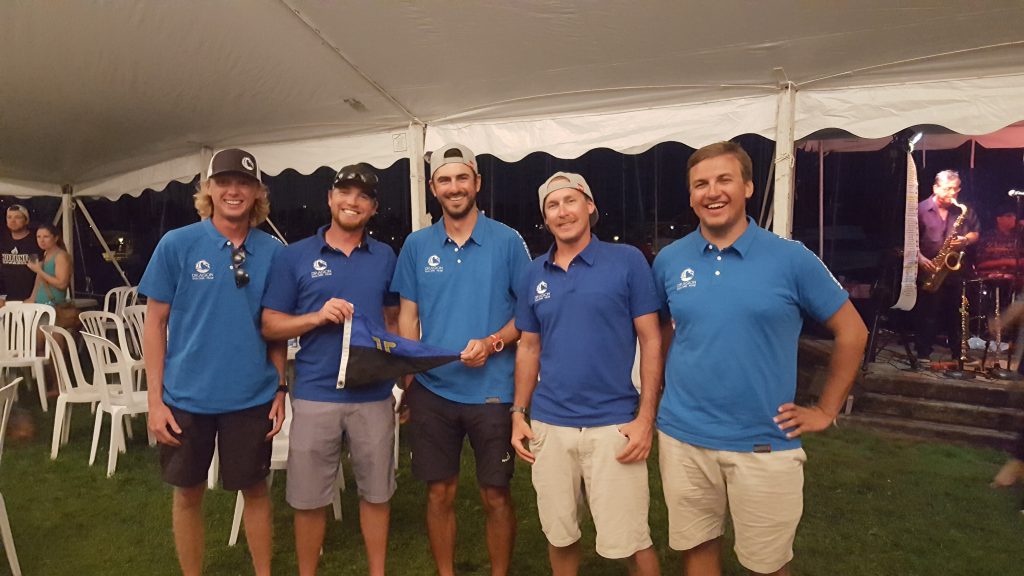 I want to thank the Mystic Mudhead Sailing Association for continuing to support my program, and if it wasn’t for everything you have done for us since 2013, we would have never made it this far. I am proud that I was able to represent my home, and the home of the J/24, on the 40th anniversary of the J/24 and that I was able to bring the Mudhead name to the world stage.